Determination of slurry density in the coal processing plant.

Vinacomin wanted to prove the performance of the SDM with an indication out of a 30-day trial. This instrument was used to measure the density in the coal flocculation tanks. This trial consisted of two different sampling methods. With each sampling method being examined four times. These samples were both measured manually and with the Rhosonics SDM. Afterwards, the density values were evaluated and determined how much the SDM deviated from the actual results. They have applied the SDM in one of their largest capacity processing plants, which is named Vinacomin Cua Ong Site.

The Rhosonics SDM Slurry Density Meter is a good solution to measure the real-time density in different processes in the mineral processing industry. The measurements are reliable, stable and friendly to the work environment. Since the device is non-nuclear, calibration is made easy and RSO training for radiation safety is not needed.

The first trial that was done, was by adding water each time to the new sample. The starting sample had a density of 1650 g/l. In the first trial, water had been added three times. Therefore, a total of four samples had been taken. Out of these four samples the total average deviation was 0,62%. The graph on the right showcases all the measurement results from the SDM compared to the manual results.

The second trial that was done, was by adding magnetite (Fe3O4) to each new sample. For the first sample, the starting density was 1337 g/l. Like the first trial, four samples had been taken each with a different density. Out of these four samples the total average deviation was 0,725%. The graph on the right showcases all the measurement results from the SDM compared to the manual results.

We can confirm that the SDM trial at Vinacomin Cua Ong Site. was successful. Therefore, we will be integrating the Rhosonics SDM in our plant by the end of 2021

You can read the whole story in the case study. Click on the image below to download it. 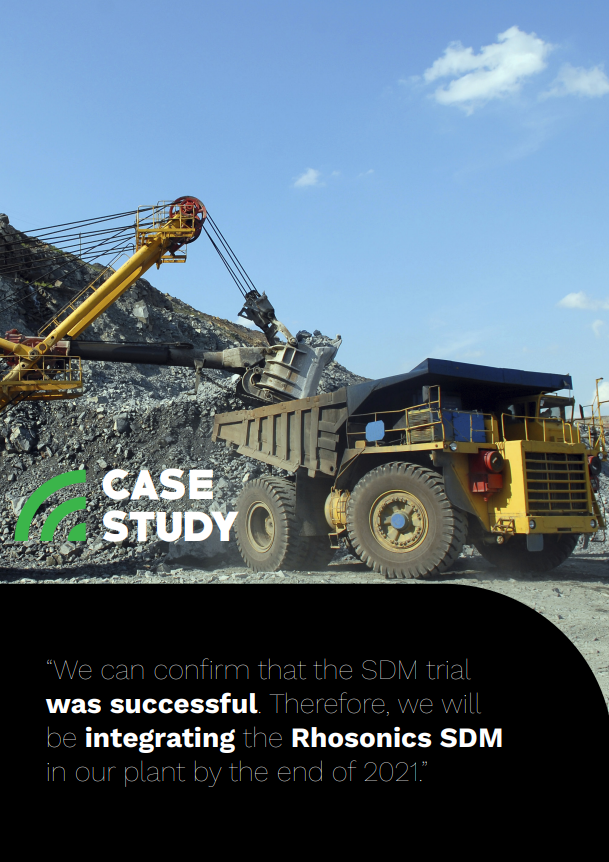